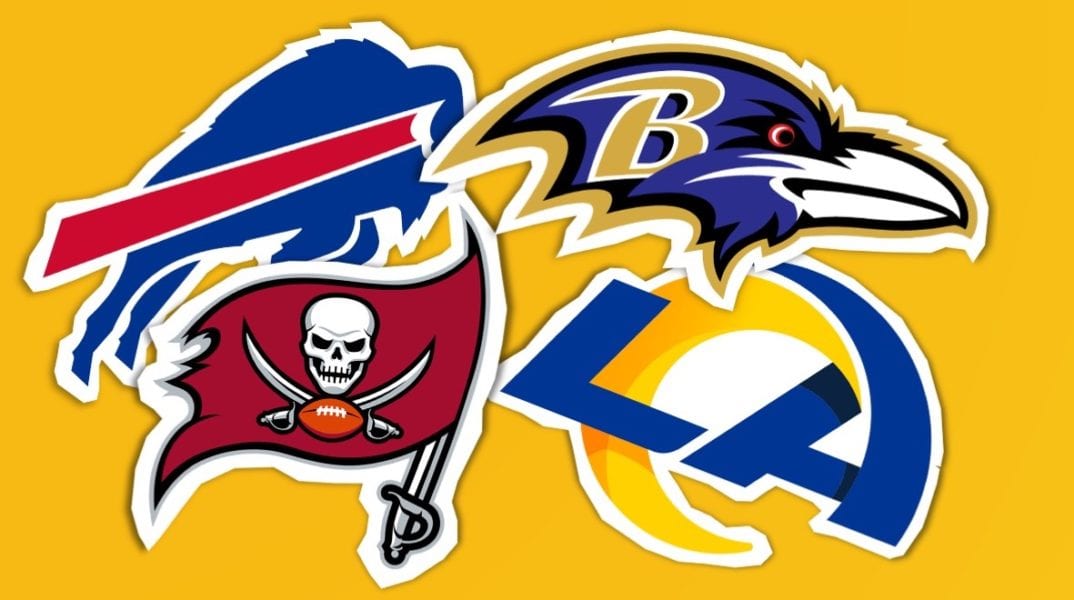 Even though the Buffalo Bills were crowned the AFC East champions for the first time since 1995, this is just the beginning for the well-rounded Buffalo team. QB Josh Allen and company have won six straight games, including eight consecutive covers. One of the dark horses to win the MVP, Allen should be able to have a field day against the Colts defense as Indianapolis has allowed an average of 326.4 passing yards in the last five games. Yikes. If Jaguars QB Mike Glennon can drop over 250 passing yards and two touchdowns on a Colts defense, imagine what Allen can do on Saturday. Not to mention, the Bills are ranked No.1 in weighted DVOA. If everything falls together for Buffalo, this one could get ugly early and fast.

It’s been a hectic three weeks for the Los Angeles Rams. First, they lose to the New York Jets, giving them their first win of the season. In Week 16, they lose 20-9 to the Seahawks and lose their division title hopes. Last week they closed off the season with a massive win against the Arizona Cardinals thanks to backup quarterback John Wolford. Can they be trusted in the playoffs? Absolutely and let me tell you why. QB Russell Wilson has thrown for less than 200 yards in three straight games and now takes on the No.1 defense in the league. After the Rams win against the Cardinals, Aaron Donald stated, “That’s what we wanted,” referring to taking on Seattle once again.

A fired-up defense is precisely what Wilson does not want to see on Saturday. Adding onto this Rams +3.5 prediction, Los Angeles should have scored on at least two more drives against Seahawks. 4th and goal stop and a costly Jared Goff INT could have easily made the final score 20-19 or better in favor of the Rams. If Los Angeles holds onto the ball for more than half the game like they usually do against Seattle, expect them not to make the same mistake again. This game screams finishing three points or less.

Everyone can talk about how strong the Washington Football team’s defense is, but should they even be in this position? If the Eagles did not tank in Week 17, more or less the New York Giants could be playing right now. On the other hand, the Tampa Bay Buccaneers have scored an average of 37 points per game in the last four weeks. Washington might hold Tampa Bay for the first quarter, but it will get brutal to watch after that. Knowing that QB Alex Smith is still nursing a calf injury with Taylor Heinicke, the backup, Washington might be lucky to drop 14 points on Tampa Bay. Short and sweet with this preview. Tampa Bay moves onto the next round with a blowout victory.

Want to know who is the hottest NFL team entering the playoffs? It’s the Baltimore Ravens. In the last five games, the Ravens have beaten their opponents by an average of 19.4 points per game. Some handicappers might counter that real stat with “Tennessee has Derrick Henry who ran for over 2,000 rushing yards this season, and they have already beaten the Ravens this season”. However, Derrick Henry ran for over 200 rushing yards in his last game, and nearly still lost to the 4-12 Houston Texans. Tennessee has allowed 55 total touchdowns this season, which is fourth-most in the NFL.

Given that Baltimore should have Yannick Ngakoue and Jimmy Smith back on defense, it should be able to put some pressure on Tannehill. Baltimore has covered in six straight games and will make it seven straight on Sunday.

The Chicago Bears will be looking for an upset as they head into New Orleans to take on the Saints. With this being the only game crossing double digits on the spread, it’s interesting to note that the Saints have not covered in four straight home playoff games. New Orleans might have finished with excellent wins against the Panthers and Vikings, but remember they lost two in a row before that, including losing to rookie QB Jalen Hurts. Can Mitch Trubisky have some magic on Sunday? The first-round pick might be onto something as his offense has dropped 30 points per game over the last three games. Anything is possible in the playoffs, and with QB Drew Brees losing some steam with his arm strength, the Saints might drop to 0-6 ATS in their last six playoff games as a favorite. Friendly reminder that these teams played earlier this season, and the Bears only lost by three.

The Cleveland Browns clinched their first playoff berth since 2002 and unfortunately now face an uphill battle thanks to the current COVID-19 pandemic. Head coach and offensive play-caller Kevin Stefanki and three-time Pro Bowler Joel Bitonio have been ruled out of Sunday’s game due to testing positive for COVID. Taking out the two biggest keys to the Browns offensive success is too much to ignore. The Browns have lost 17 straight games in Pittsburgh and will make it 18 straight on Sunday. After much-needed rest in Week 17, Pittsburgh will be ready to go and should win this game by a touchdown. Given that Cleveland has only covered three times in the last 14 road games, the Browns Super Bowl dreams will be short-lived.

Check out all our FREE NFL picks over at our US site.