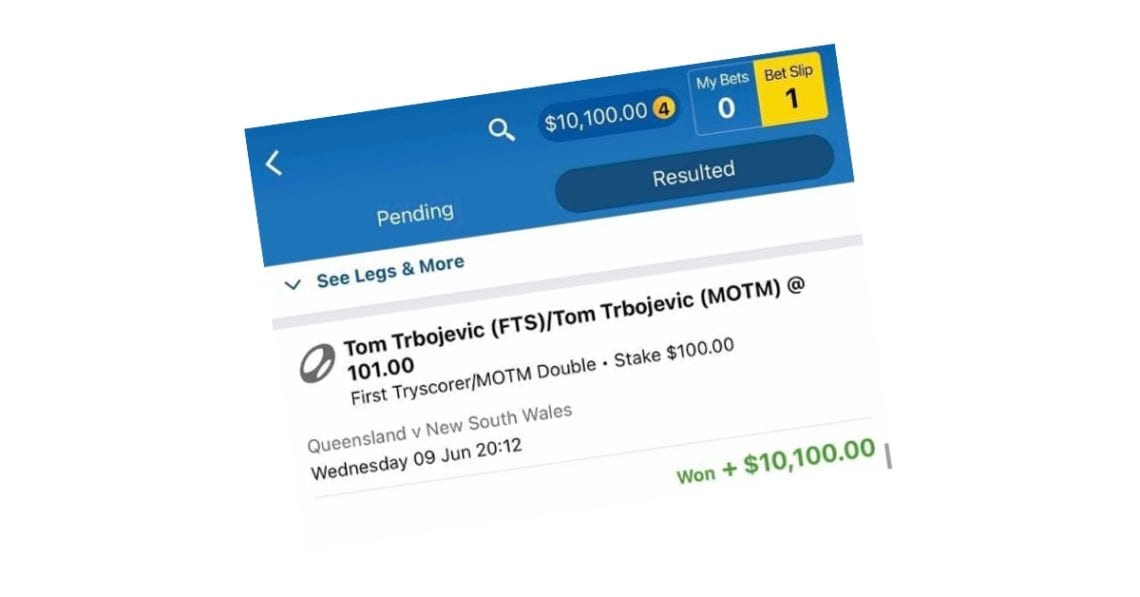 A lucky Aussie punter must be counting his blessings after he won more than $10,000 from his $100 wager on the State of Origin series opener. The rugby betting enthusiast backed New South Wales’ Tom Trbojevic to score the game’s first try and to also win the Man Of The Match award. And fortunately for the punter, Turbo did both of those things.

The Biggest State of Origin Winning Margin in History

In the game the punter was wagering on, New South Wales Blues brushed aside the Queensland Maroons and won 50-6. That was the biggest winning margin that any of the teams has ever recorded in State of Origin history.

In addition to scoring that first try, Tommy Turbo scored a couple more and notched a hat-trick that Queensland players will remember for some time.

The punter probably knew that Turbo would do something special. However, even he couldn’t have imagined Trbojevic and his teammates going past their Queensland opponents with such ease and the fullback scoring three times.

Nevertheless, that $100 wager won the bettor $10,100 and Sportsbet, where the punter placed his bet, quickly went to Twitter to tweet about the sensational wager.

Blues fans loved the tweet, and it quickly gained a lot of momentum and popularity among New South Wales supporters. Many of them tagged their friends so that they witnessed the audacious bet the punter made.